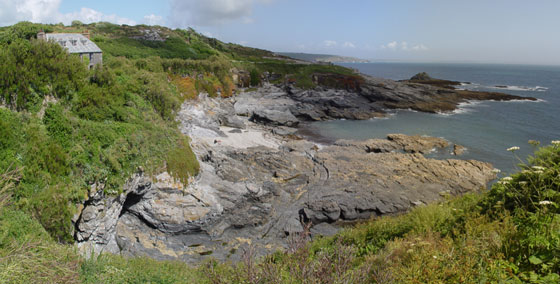 Prussia Cove, or Porth Legh in Cornish, is the name for a series of four small coves and their surrounding area on the south coast of Cornwall between Perranuthnoe and Praa Sands.

From west to east the four coves are known as Piskies Cove, Bessy’s Cove, King’s Cove and Coule’s Cove.

Prussia Cove is named after the smuggler John Carter, known as ‘The King of Prussia’.

On a bright sunny day, Prussia Cove glows with colourful vegetation, with part of the area designated as a Site of Special Scientific Interest (SSSI).