Click on the maps to view a picture of each location 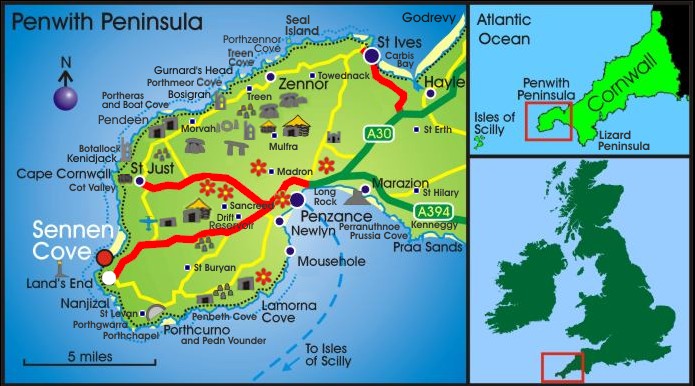 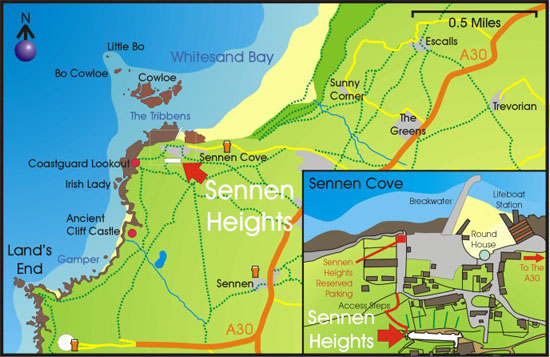 The South West Way, the longest coastal path in Britain, passes through Sennen Cove, with Land’s End and Porthcurno to the South and Cape Cornwall to the North.

This area of Cornwall is rich in folklore and contains many ancient stone circles, standing stones, hill forts etc.

There are many others to be discovered. We recommend ‘Journey to the Stones’ by Ian Cooke.

The Isles of Scilly

Fly to the Scilly Isles from Lands End Aerodrome, near St Just, or sail by Scillonian ferry from Penzance. The Land’s End Aerodrome sometimes teams up with the ferry and they often do special day
trip deals advertised in the Cornishman newspaper.