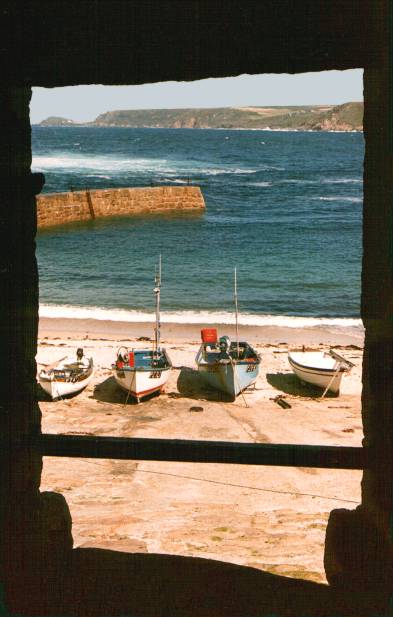 View of Sennen Harbour from the Roundhouse

taken before the lower floor was converted into the Capstan Gallery 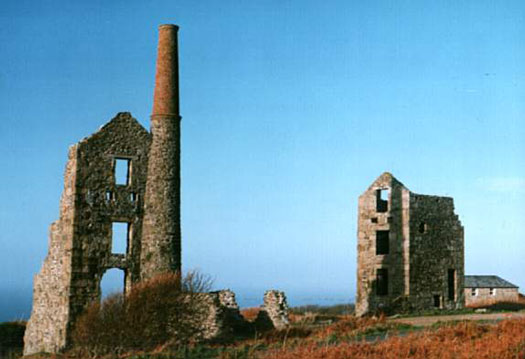 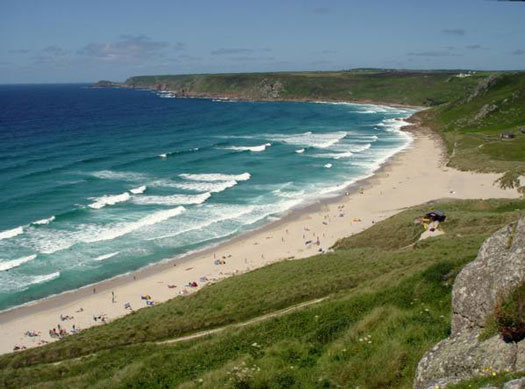 View of Sennen Cove from the Breakwater in the Late 1980s 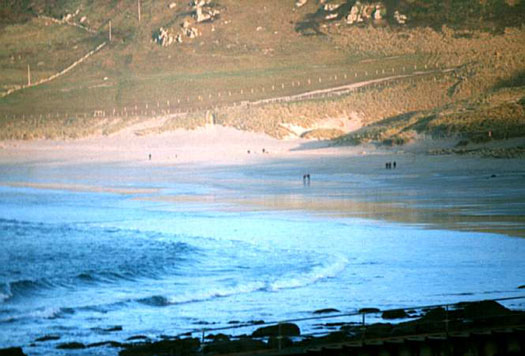 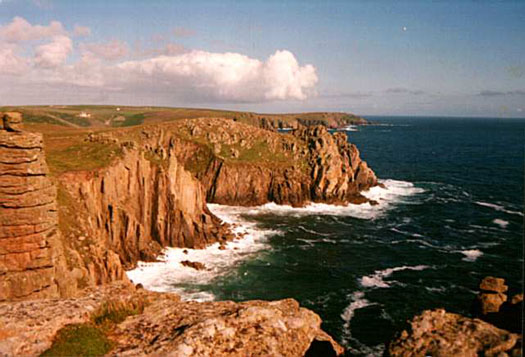 Land’s End is the headland in the far distance.

View of Boats in Sennen Harbour 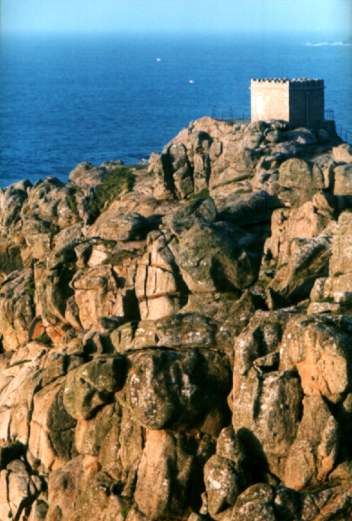 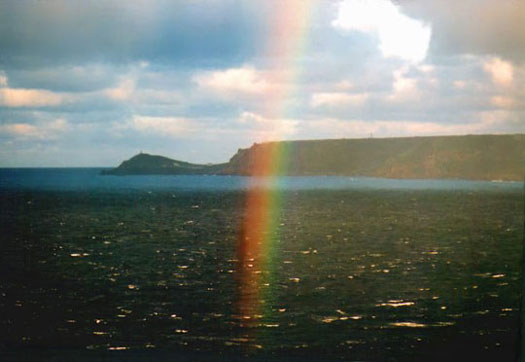 Rainbow taken through the bay window of Flat-9 Sennen Heights, with Cape Cornwall in the background 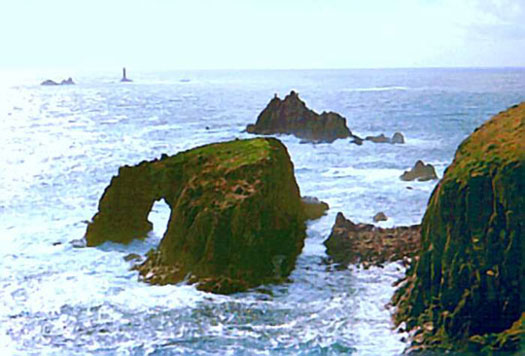 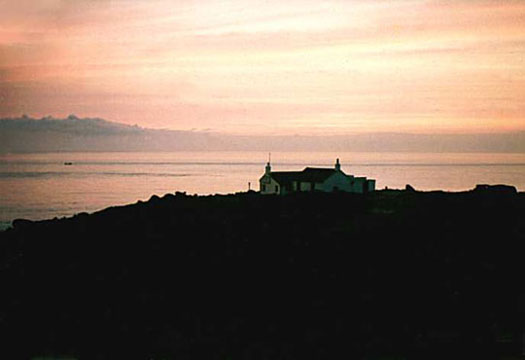 Sunset over the First and Last House, Land’s End 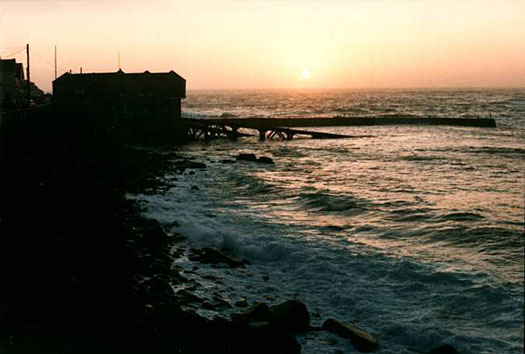 Taken before the new roof was fitted 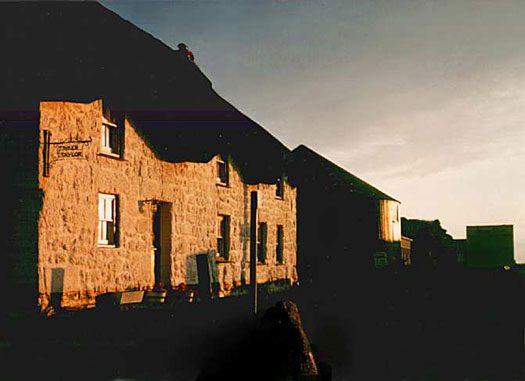 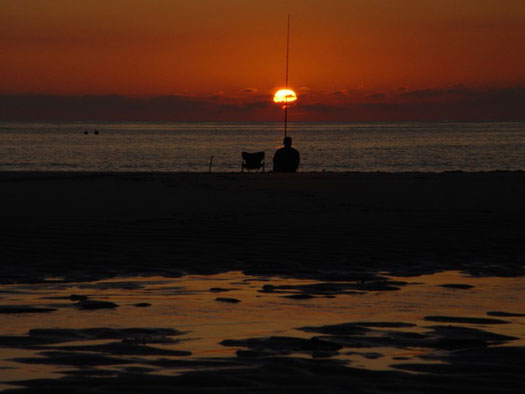 Fisherman on Sennen Beach at sunset 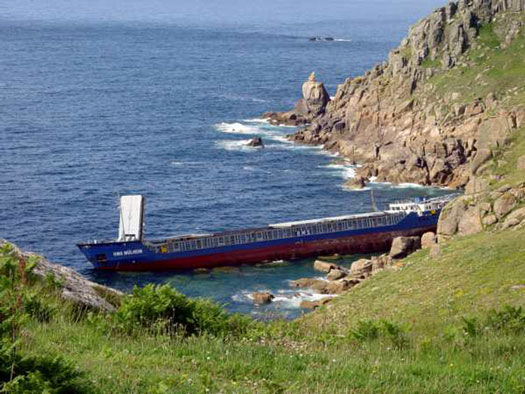 The RMS Mulheim shortly after she ran aground at Castle Zawn, Gamper Bay, between Sennen Cove and Land’s End on 22 March 2003 at around 4:30 in the morning. All of the crew were rescued by helicopter. The main cargo was 2,000 tons of scrap car plastic, and only a small amount of her diesel fuel leaked into the sea. According to the inquest, the accident occurred after the Chief Officer was left alone on the bridge and became unconscious. 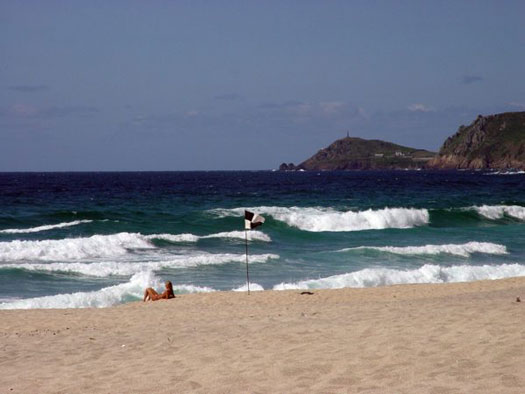 Sennen Beach (Whitesand Bay) with Cape Cornwall in the background 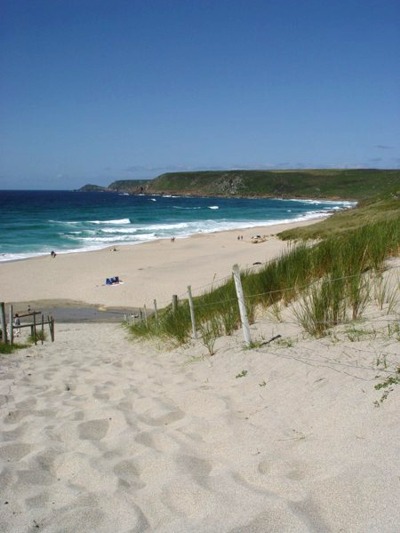 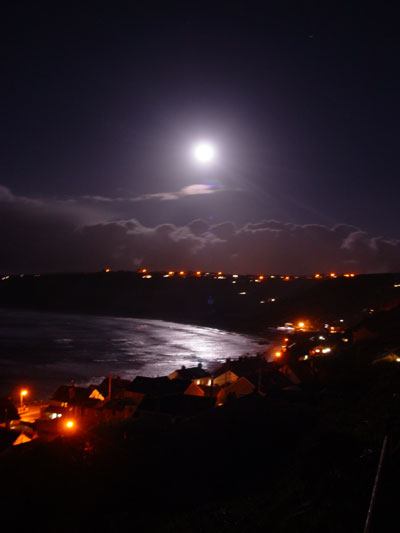 Time exposure of Sennen Cove illuminated by the full moon, taken from the window of Flat 9, Sennen Heights 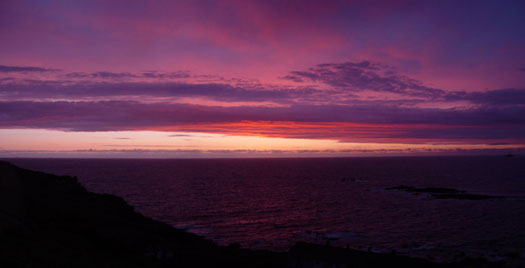 Sunset from the window of Flat 9, Sennen Heights 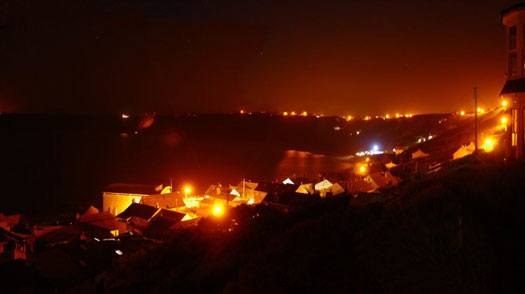 Time exposure of Sennen Cove at night taken from the window of Flat 9, Sennen Heights 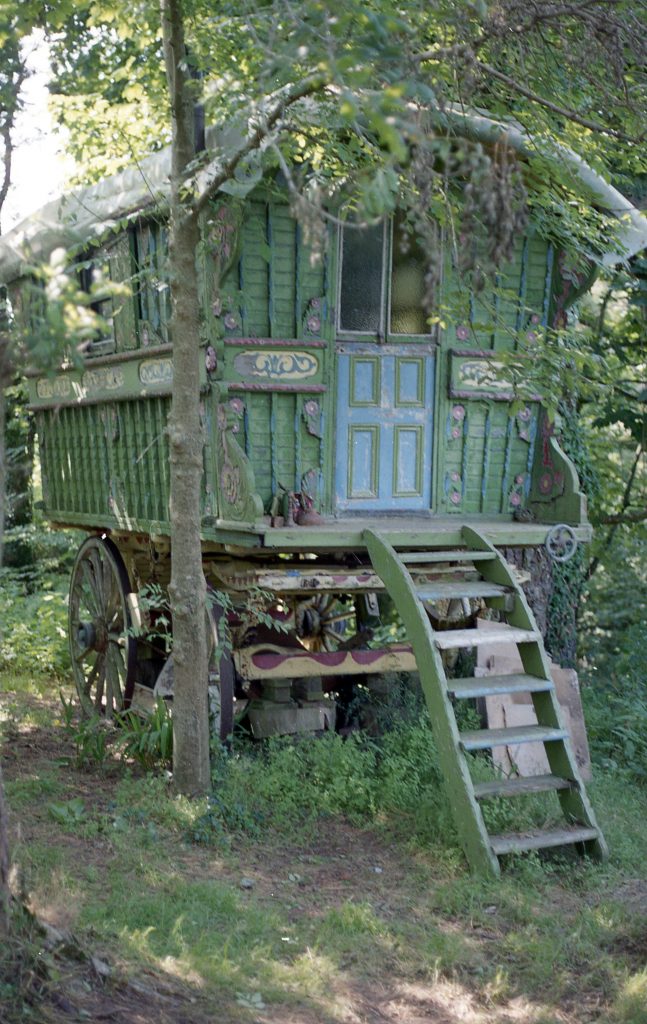