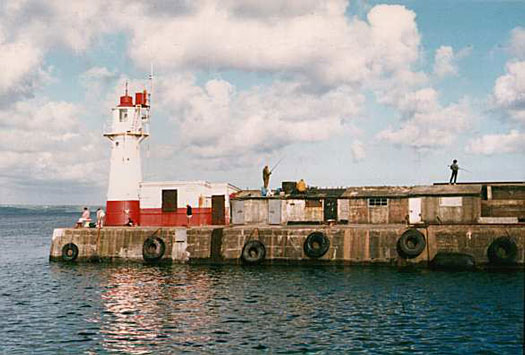 Newly is a harbour town in Mounts Bay (the setting for St Michael’s Mount), which forms a conurbation with Penzance.

In Cornish, Newlyn is known as Lulyn, from Lu meaning ‘fleet’ and Lynn meaning ‘pool’.

Newlyn is famous for its fishing port – the largest in England – and for its fresh fish for sale.

Sea Level throughout the British Isles is measured from the Newlyn Tidal Observatory, shown in the photo above. Since 1915, when the first measurements were taken, the sea level at Newlyn has risen by around 20 cm and the rate is increasing.

Newlyn is also famous for its artists. The ‘Newlyn School’ included painters such as Walter Langley, Frank Bramley, Stanhope Forbes and his wife Elizabeth, who settled there in the 1880s.