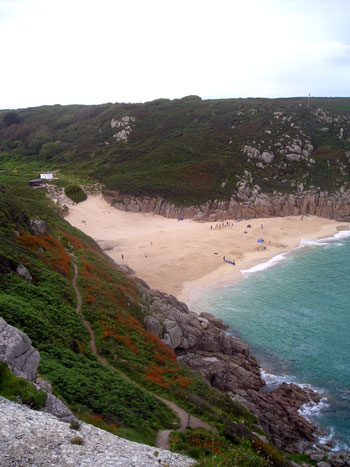 A stunning sandy cove with turquoise seas, Porthcurno is also home to the Porthcurno Telegraph Museum as well as being overlooked by the Minack open-air theatre.

In 1870, Porthcurno became the British termination point of a submarine telegraph cable link to India. At one time, between the wars, Porthcurno had grown to become the largest submarine cable telegraph station in the world. During World War II, flamethrowers where installed along the beach to defend the station from invasion by sea.

Back to Penwith maps page