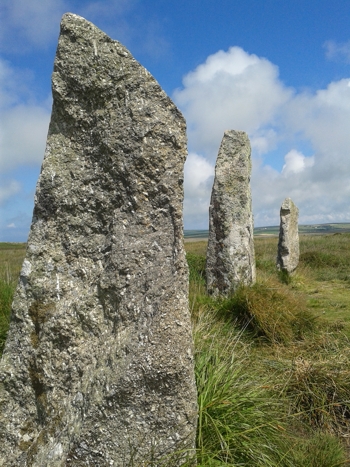 Three of the standing stones of Boskednan Stone Circle

The circle was originally composed of around 22 standing stones, ten of which still survive, although only six stand upright.

William Copeland Borlase, wrote about his excavations of the site in his 1872 work Naenia Cornubiae. Borlase discovered a cist and a funerary urn near the stone circle, dating from the early Bronze Age.

Boskednan Stone Circle lies less than a kilometre to the north east of the site of the Mên-an-Tol stones.